The city was more often referred to as “King George Sound” or “King George’s Sound” for about the first 40 years of settlement.

When Major Edmund Lockyer arrived here in 1826 he named portion of it Frederickstown, after the Duke of York and Albany (Frederick Augustus, the second and favourite son of King George III). The town was then a penal settlement.

Captain James Stirling renamed it to Albany, also after the Duke, when he visited in 1831. The Aboriginal name of the area is Kincinnup.

In the early days of exploration the French were hard on the heels of the British as far as the southern coast of Western Australia was concerned. Hence the British Government ordered a settlement to be founded at King George Sound, and one of the reasons was to prevent the French establishing a hold on the Australian continent.

The main reason, however, was the growing dissatisfaction with the convict settlement at Port Macquarie in New South Wales. The settlement was also one of the oldest in the entire country.

King George Sound is said to be one of the world’s best natural deep-water harbours. It was discovered and named “King George the Third’s Sound” on 28th September, 1791, by Captain Vancouver.

In the 19th century Albany was an important whaling base and, after 1852, a coaling station for steam ships travelling to India and England. Albany declined in the early 20th century with the development of the port of Fremantle to the north, but has since recovered to become the leading (tourist) port of the southern coastal area.

In the area around Albany are the rugged coastline of the Torndirrup National Park, forests, and arable and sheep farms.

Aboriginal prisoners were held in special timber lined cell after frequent escapes from the town gaol in Lawley Park. The drawings they left are thought to be Australia’s oldest Aboriginal Cell Art. The gaol, whose long list of past residents includes the notorious Aboriginal murderer known as Deeming, is now used as the headquarters of the Albany Historical Society.

Myth: The Carers of Everything

The plant spirits quickly saw there chance and followed the trees, stating that they to would not be able to care for everything and just like the trees they to made their pledge, we will provide what ever we can to help who ever wins the right to care for us and everything else, all we ask is that we are not used until there is none of us left.

The birds went through this same process, making their pledge, and so to did the animals. By this time there was only a hand full of spirits left, all the others had moved to one side. In this last group was Yonga the kangaroo, Waitch the emu, Nyingarn the echidna, Karda the goanna, and of course humans, one male and one female.

Also there was this huge spirit serpent, it had been lying there half asleep and at the same time very much aware of what was going on. The serpent said, when I become real I’ll have no hands and no feet, how can I possibly look after any thing, then as all the other spirits watched this great serpent materialised in front of them, the heavy sky was crushing the great serpent onto the ground, and as they watched they saw the great serpent use all its muscles together and with all its strength, and energy it lifted the sky, and in total defiance move across the land creating a smooth trail beckoning all the others to follow.

[This story continues in the sections which are currently under preparation.] 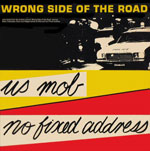 Wrong Side of the Road
by Soundtracks of Aboriginal movies

With Days Like These Martin Leroy puts the viewer into the shoes of Dan, a young Aboriginal man trying to… 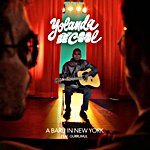