The Dampier peninsula is an exceptional environmental and archaeological region as it has the world’s largest and most significant collection of petroglyphs - ancient Aboriginal rock carvings that many people say date back as far as 10,000 years ago. The collection of standing formations is the largest in Australia with the rock art petroglyphs tipping over 1 million, many depicting images of the now extinct Tasmanian Tiger.

Even with its archaeological history, the Dampier Archipelago is under threat. Because of its locale, the site has been the target for the establishment of a huge petrochemical complex which could cause tremendous damage to the area and the art itself. Scientists have even said that if this construction is to go ahead, the Dampier Archipelago would disappear completely over the course of the 21st century due to the emissions of the toxic greenhouse gases the plant would produce.

Many people are concerned about the lack of management there is for this outstanding cultural monument. There is no inventory of the millions of images or any protection for this irreplaceable piece of history created by the oldest living culture in the world. It is said by experts that the Western Australian government has “dropped the ball” in this instance as they are responsible for protecting and maintaining the area.

The original owners of this art, the Aboriginal people, were given no control over their property (the art work) until 2003. They have rallied the local population, conservation experts, and even some of the people from the companies proposing the complex to move the build to a more appropriate site.

The petition that has been established by the International Federation of Rock Art Organisations and the Australian member, the Australian Rock Art Research Association is asking the Western Australian government to reconsider their stance on the situation, relocate the petrochemical plant to Maitland and start to manage and protect the Dampier rock art.

There are many concerns for the cultural district of Dampier, particularly the ongoing damage of rock art and stone arrangements, which actually started in 1963 and has carried on every year since then. Key parts of the monument have been damaged just a few short years ago in May of 2006, and the construction of the plant at Dampier will obliterate most of the remaining rock art between King and Withnell Bays. The ongoing need of a detailed management plan, the lack of any safeguard of the monument from unwanted visitors, and the commitment and competence in heritage management in Western Australia are additional concerns.

All in all, if this industrial build was to occur, it would be devastating to the area, the art, the people that are so passionate about its preservation and our future population. This incredible piece of history has only been kept safe until now because so many people are fighting for the Dampier Archipelago’s survival.

This article was provided in cooperation with SGIO.

How The Mt Theo Program Beat The Curse of Petrol Sniffing.In 1994, over 60 young people, more than half the…

A young Murri boy leaves his isolated hometown and travels to a place he has never experienced.A striking… 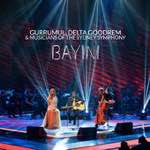