The name honours Michael Samson, a member of a prominent Fremantle family. The point was named during Walter Padbury’s expedition to Nicol Bay in 1863. Mr Samson was the second officer of their ship, the “Tien Tsin”. The point was misspelled on maps as Sampson, and this error persisted for many years. The error was brought to the governments attention 1918, and both the point and the town’s name were corrected to Point Samson.

In 1902/03 the government erected a jetty into deeper water at Point Samson, and this was proposed to be the port for the area. This jetty was badly damaged by cyclone Orson in 1989 and was completely removed in 1991.

To explore Point Samson Peninsula and the Burrup Peninsula you’ll need a car. Ask your hostel manager, for advice. The peninsula is located about 45 kilometres east of Karratha. Simply follow the North West Coastal Highway and you’ll come to the first stop with history: Roebourne.

Population: 946. The town was named after Western Australia’s first Surveyor-General, John S. Roe, when it was proclaimed in 1866. The Aboriginal name for the area was “Yeeramukadoo” (the spelling may vary). Roebourne jail. So many men and boys had to suffer here.

Here you can find some historic buildings, including the Union Bank, church, Victoria Hotel and the old jail (or “gaol”, which is pronounced the same). In fact, this little jail played a vital role in the early days of Aboriginal imprisonment. In the early days, Aboriginals were often employees against their will - not to say slaves. When they walked away from a cattle station they could be locked up by law. This led to as much as 50% of the Aboriginal arrests for leaving work.

The Aboriginal inmates were used as labour for tramline maintenance and road construction. Unlike the white prisoners, Aboriginals had heavy chains locked around their necks. They were then chained to one another, often up to ten men. The jail, built in 1884, operated until 1924 when the remaining prisoners were transferred to Broome. However, in 1980 it resumed operation due to an increase in population in the north. It finally closed in 1984 [1].

Did it really close? It seems that in 2001 the jail was used to hold refugees at least temporarily.

Roebourne is also the final resting place of John Pat, a teenager whose death in police custody shocked the community and many other Australians.

On 28 September 2017, the John Pat Peace Place opened, a memorial garden intended as a place of healing for the community and to continue bringing awareness to the topic of deaths in custody.

The town derived its name from the HMS Cossack which was the ship Governor Weld came with in December 1871. Originally the town was named “Tien Tsin” after the barque in which early settler Walter Padbury landed at the mouth of the Harding River in May 1863.

To get there you’ll have to travel 12 kilometres from Roebourne, turning right half way. Don’t be disturbed when you find only few buildings standing in the “town”. When Australians move, they take the wooden houses with them and only the unmovable stone buildings remain. That’s what happened to Cossack.

As first port in the north-west region, Cossack played a vital role for Roebourne and the surrounding areas. All supplies for the new region were shipped to Cossack. Gold and pearling were also major industries in the 1870s, and you can find a few pearlers’ graves at the local cemetery (Though this is no comparison to the one in Broome).

Cossack’s growth spanned nearly 40 years, but as the pearling industry moved to Broome and the gold rush declined, it began to dissolve. The harbour silted up, and by the 1950s the town was virtually abandoned.

Once you are there you should go to Settler’s Beach, a few hundred metres from the cemetery to the east. At the cliff face on the right hand side you can discover a few Aboriginal rock engravings. When you’ve seen enough, the beach invites for a swim.

I didn’t see much of Wickham. The main reason to stop there is the huge iron ore haulage truck in front of the Robes Visitor Centre. You cannot miss it when you drive straight into town. Take a pic and admire the difference in size! The information brochure recommends the views from Tank Hill, but I haven’t been there.

“Island Fettlers” is a movie about Torres Strait Islander men who came to the Pilbara to work for the mining companies and settled here in Wickham. 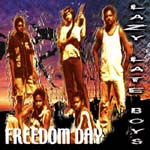 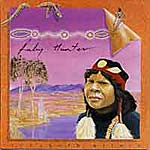 Thoughts Within
by Ruby Hunter

A special report on the plight of Sydney’s Indigenous youth. The area in question is Redfern and Waterloo,…